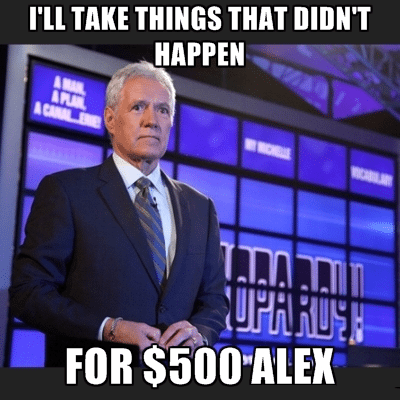 For automakers, 2017 began with many uncertainties. Some questions included:

Fortunately, much of the hand wringing was for naught as the past 12 months saw many positive events. Here’s a quick recap of what did and didn’t happen in 2017.

Despite dire predictions that the bottom was going to fall out of the auto industry, we experienced a modest decline in annual sales. PricewaterhouseCoopers has projected full-year sales for 2017 of 17.1 million vehicles, which is below last year’s total of 17.6 million. This represents a decline of only 2.8%. The summer months did show significant declines posted by multiple brands, but sales rebounded and overall the sales decline was moderate and was offset by strong used cars sales.

After 8 years of solid growth, this is more of a natural correction than a jolt. In fact, the silver lining of all of the early caution is that it has given manufacturers time to make adjustments to production in preparation for possible future declines.

Additionally, many analysts expect that manufacturers will begin to derive more profits from data related services (subscriptions, data sharing revenue) than from the upfront vehicle sale. This is analogous to mobile phone carriers that often sell a phone at little or no profit, collecting monthly data fees as a recurring revenue stream. In the near future, total vehicle sales will share the spotlight with traditional software metrics like annual subscription revenue per vehicle and churn.

The rumors of a major tech company launching their own autonomous vehicle and selling directly to the consumer proved to be unfounded. Without a doubt, huge advances in self-driving vehicles were reported by many players, the most notable being Google, but none actually created a “ready to buy” fully autonomous vehicle. In the case of Google, their self-driving division, Waymo, partnered with FCA to launch a fleet of Chrysler Pacifica vehicles with advanced ADAS features. These vehicles have racked up an impressive 3.5 million miles on public roads. The initial plans are for Waymo to offer riders access to a fleet of autonomous vehicles, as opposed to individual vehicle sales.

3) Larry, Tim, or Jeff Did Not Buy A Major Car Company

Larry (Page), Tim (Cook) or Jeff (Bezos) did not use their substantial piles of offshore assets to purchase an automaker. While this option remains a possibility (especially if a financially struggling automaker can be scooped up for an attractive price), it’s entirely possible that the idea of actually manufacturing a vehicle is not as attractive as tapping into the potential revenue associated with the vehicle’s data and entertainment offerings. Perhaps Tesla’s self described “manufacturing hell” has given tech companies an additional reason for caution.

Electric vehicles (EVs) still represent a small amount of total vehicle sales, but look for that number to dramatically increase next year. In fact, the trend is already well defined as global EV sales are up 63% YoY.

Much of that demand is currently coming from China. Not only is China the world’s largest vehicle market, but the government has issued an official mandate requiring an increasing amount of production be dedicated to zero emission vehicles. This policy is having a ripple effect as VOLVO, owned by Chinese manufacturer Geely, has announced that all of its vehicles will be either electric or hybrid by 2019. Many European countries are now proposing sharp reductions in future diesel and gasoline vehicle production in favor of EV/hybrids.

Electric vehicles still must overcome many technological challenges including limited range, lengthy charging cycles and a lack of a robust charging station infrastructure, but their numbers should sharply increase in the next 3-5 years.

The standard binary retail model of either purchasing or leasing a vehicle is rapidly giving way to a multitude of flexible options, including:

These new options are indicative of how rapidly the century old idea of vehicle ownership is giving way to a modern “on demand” vehicle usage model. Certainly more flavors of mobility and flexibility will be showing up soon.

OEMs are also expanding their influence in auto insurance. For example, Toyota now offers buyers an opportunity to choose from several “preferred” insurance carriers. It’s not outside the realm of possibility that in the future, OEMs (in response to autonomous vehicle liabilities) may even offer their own brand of insurance directly to their customers.

Mobility options, data plans, and OEM sponsored insurance will broaden the offerings for car dealers and consumers. The rapid pace of change is requiring significant changes to the technology utilized by car dealers, specifically the DMS and related systems.

For decades, change has been very slow on the DMS front, primarily because there wasn’t significant impetus to upgrade or to make the dealer systems more flexible or extensible. But today, the consumer is exerting enormous pressure on the entire industry and the only possible way forward is to adopt a more open and dynamic approach to dealer systems and the way that data is handled by all parties. This need for rapid development and deployment of new dealer interfaces to support new business initiatives will require the use of better methods and technologies to accelerate the design and roll out of these new software offerings.

Where total vehicle sales in 2018 will land is anyone’s guess, but next year looks like an incredibly exciting time for the auto industry. More EVs, advanced safety and autonomous features appearing in a wider range of vehicles and more flexible transportation options look like sure bets. Also look for even bigger changes in the look and feel of dealerships and the entire consumer experience.